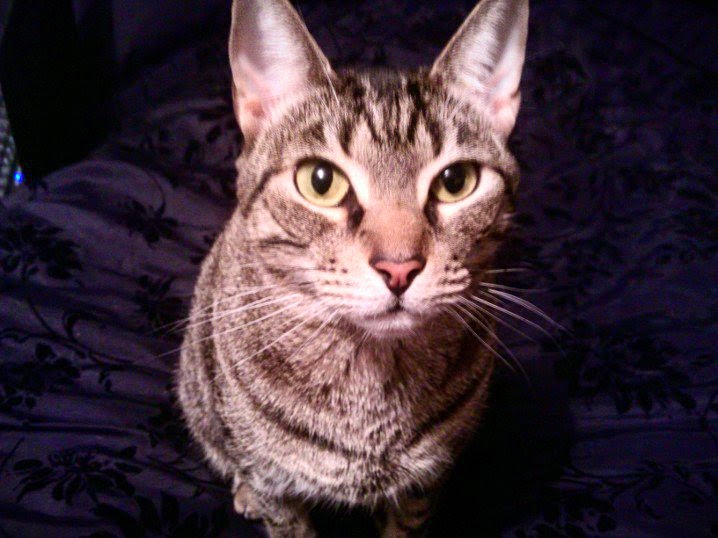 Meet George, the first of our Pet Panel Reviewers. A masculine name for a masculine looking kitteh right? Well uhhh… George is actually a girl hehe (blame her human mummy for that… after watching an episode on Looney Tunes YEARS ago, she decided she’d do the same thing and that the first cat she ever got – regardless of gender – would be called “George”).

George has a wild streak (just like her sister, Georgina). George and Georgina are rescues, both sisters were abandoned, along with their other siblings by their feline mother in the bush approx 7 years ago… upon being desexed, human mummy discovered they truly do have a wild streak, as they’re from the Savannah breed (related to the Bengals).

George enjoys laying in beams of sunlight and observing the world pass her by. She also enjoys her independence, butterfly kisses, butting heads and snuggling up to mummy. She loves snoozing in drawers and atop of wardrobes too. 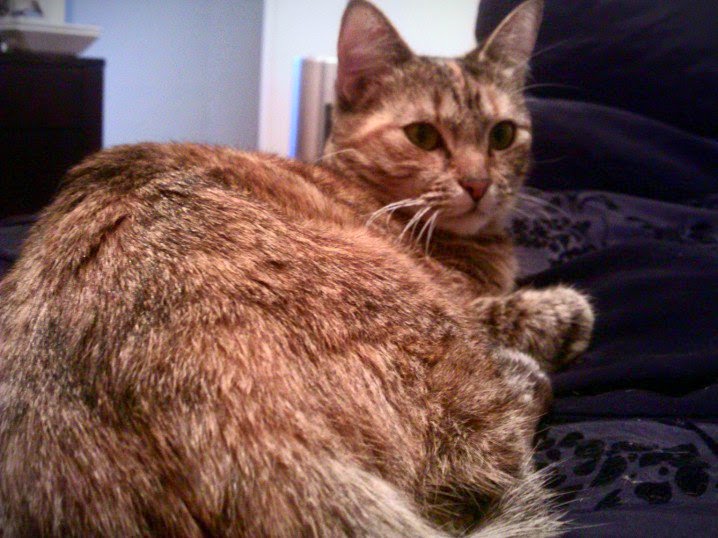 Meet Georgina, the second of our Pet Panel Reviewers. The story for Georgina’s name isn’t as humourous as the story for her sister George’s name (to be honest, her human mummy was only expecting to rescue one kitteh, and wasn’t aware she was receiving two of them, so hadn’t actually come up with anything original *sigh* – bad human mummy!)

In hindsight, Georgina should have been named “Shadow” as she can always be found following her human mummy EVERYWHERE she goes. She’s a very affectionate young lady, and unlike her sister, she is a tad more fussy and quite the dainty eater!

However, Georgina is also species confused… bones are a treat, and this is when Georgina’s quirks show – she has a tendency to actually pick up, carry and HIDE her bone, so that she can gnaw on it in her own time. When curiousity strikes, she also strikes a pose quite like a meerkat – standing on her hind legs, with her front paws dangling as she looks around at whatever has struck her attention.

Georgina also enjoys watching the world pass by, and surprisingly, is not afraid of dogs, but VERY territorial should another feline wander into the yard. For the runt in the family, she’s quite tough where it counts. 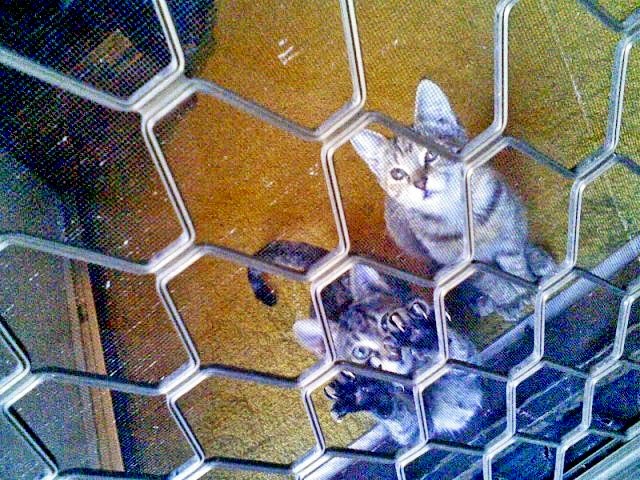 George and Georgina have been with their human mummy in their “forever home” for the past seven years. They love getting up to crazy antics, and are still little kittehs at heart. They’re looking forward to working with the other Pet Panel Reviewers for Outback Revue, and testing out products for your fluffy feline family too.